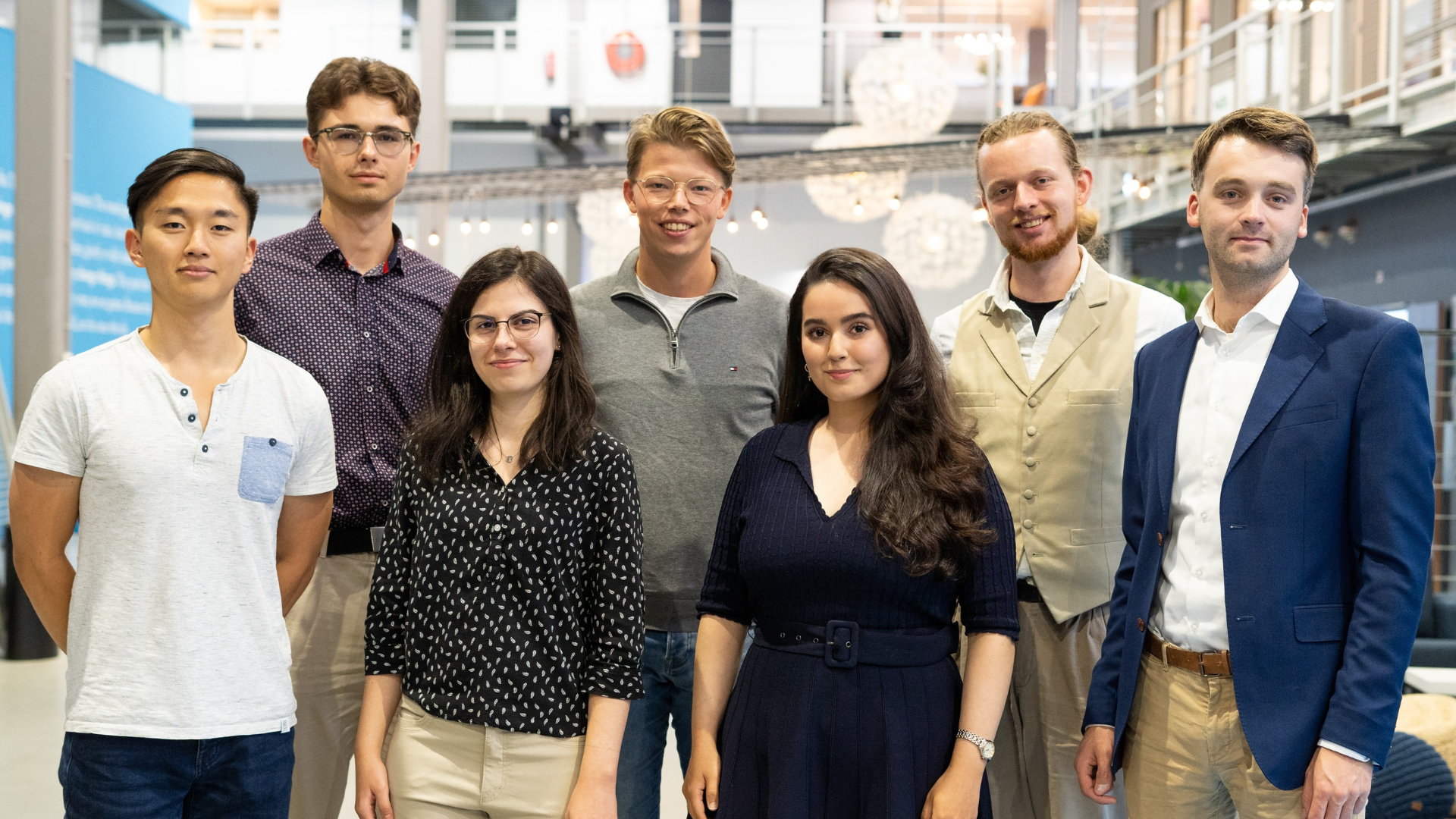 Spending so much time in the online environment and being exposed to so much information can make it challenging for users to distinguish between what’s real and what’s not. But how do we know that the information is fake when our eyes and ears tell us otherwise? Nowadays, deepfakes are taking over the internet representing a threat to cybersecurity and society.

This problem didn’t go unnoticed by a group of students at TU Delft. Back in 2019, Parya Lotfi, together with four other students, analyzed this social technical problem and decided to talk with potential end-users to see if they would be willing to use their product and pay for it. The product they came up with is based on algorithms that can detect what the human eyes cannot: an image or video that has been manipulated or completely generated by artificial intelligence.

The prototype, which was created by one of the co-founders- Mark Evenblij, was presented to their potential customers (the police and the government) along with different case studies of fake news or false evidence that could happen in court. The idea was highly appreciated, and they gained valuable insights and feedback. As a result, they founded DuckDuckGoose in March 2020. 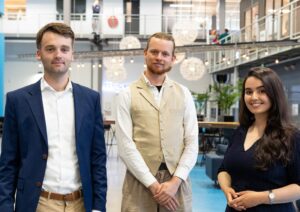 “Our goal is to create a safe digital environment where we can still believe what we perceive. Deepfake attacks have an impact on every level of society and we want to prevent that from happening.” – Parya Lotfi, CEO, and co-founder of DuckDuckGoose

At first, the focus of DuckDuckGoose was on the police industry and the government. During this period, the company noticed its reactive nature- meaning that something has to happen to take action. That’s when they realized that even though there is a lot of interest in their product, the process can take longer simply because there is a lot of bureaucracy involved. In consequence, they decided to investigate other markets, such as the digital identity verification market, with a focus on financial institutions.

“Nowadays, banks or other financial or governmental institutions verify the identity of their customers or new employees remotely. That can happen via a zoom call or asking them to take a selfie and a passport picture and send it through. All of them are vulnerable to deepfake fraud.”- Parya Lotfi, CEO, and co-founder of DuckDuckGoose

Since they founded the company, DuckDuckGoose has gained 5 customers that bring revenue along with the subsidies they receive from the government. Their team is growing, and their next goal is to work together with a couple of big American companies that are relevant to their scope. At the moment, they are in close touch with them, making it very likely to convert them into real customers. Once they do that, they would immediately become a scale-up.

DuckDuckGoose has a few competitors in The Netherlands, other European countries as well as in the United States of America. However, in The Netherlands, they positioned themselves as the experts when it comes to deepfake and synthetic media detection, since they have the first movers’ advantage and because they offer an explainable AI for deepfake detection. When they first entered the market and started interviewing people, they noticed there was no one doing what they do.

“How we distinguish ourselves is based on the technical aspects such as the explainable module. We do not only classify the input as deepfake, but we also explain the reasoning behind the decision of the neuronal network.”- Parya Lotfi, CEO, and co-founder of DuckDuckGoose 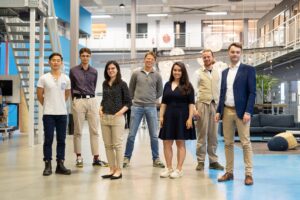 How has YES!Delft helped DuckDuckGoose

The start-up benefited from access to the ecosystem of YES!Delft is defined by theoretical knowledge, networking events, and support from mentors and other experts, among other things. The two mentors that they worked together with, Ian Wachters and Jin Han, became part of their advisory board. Ian and Jin, having a very strong entrepreneurial spirit and detaining a lot of experience, shared their knowledge and expertise with DuckDuckGoose, contributing to their learning curve as well as helping them take their business to the next level.

In the upcoming six to twelve months, DuckDuckGoose wants to develop its technology even more by adding sound checks as well as improving its algorithm in terms of accuracy. When it comes to marketing and sales, they plan on visiting more events and making their name known in the market to gain more customers.

Your dream can become reality too. As long as you want to make a change, don’t miss the opportunity to boost your start-up by joining the YES!Delft Validation Lab or Accelerator Program. However, if working for a start-up resonates more with your ambition, we got you! Check out the vacancies on our YES! Talents page!

Be part of the change, as change starts with you…