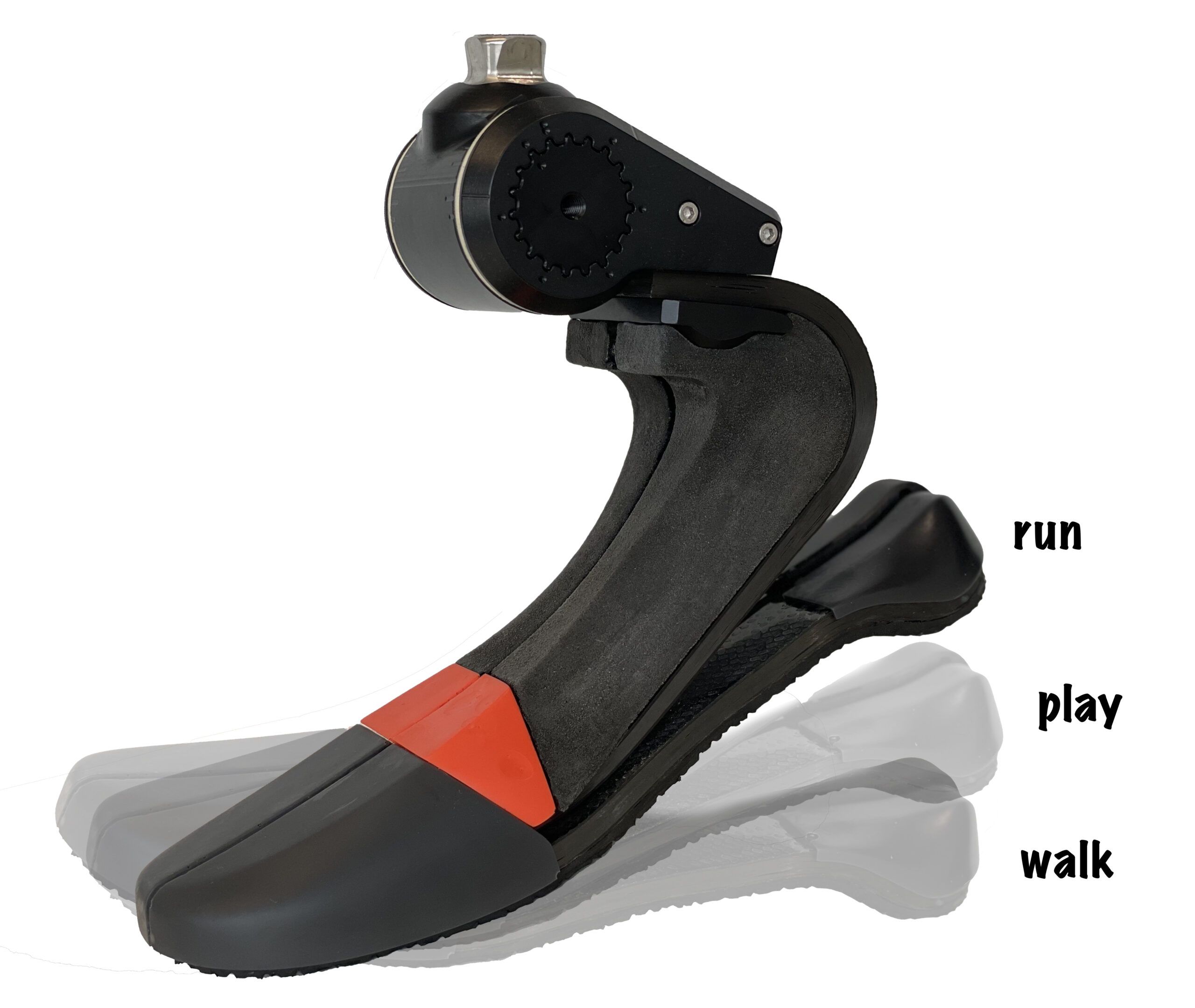 Written by Mina Nacheva on November 25, 2021. Posted in All Focus Areas, MedTech, News.

For people who use prosthetic feet, a comfortable fit and a wide range of functionality are key. From walking and going about everyday life, to running and doing sports, a prosthesis would ideally accommodate various activities requiring various intensity. And as this is not the norm in the market just yet, Gyromotics – a startup from the YES!Delft ecosystem – has made it their mission to change that.

A personal story leads to a business

The beginnings of Gyromotics come from a personal story. Guido Hendriks, one of the two co-founders, has first-hand experience with finding just the right prosthetic feet. His son, Olivier, now 18 years old, was born with a congenital limb deficiency and has been using prostheses ever since he was a child.

“It wasn’t until Olivier was about 6 years old that we got him on small blades instead of his everyday prostheses,” Guido remembers. “That’s when we understood how restricted he had been by his prostheses at the time. Adults tend to underestimate that.” 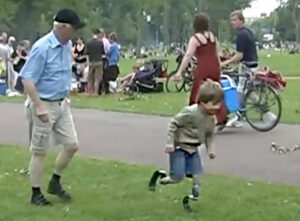 All Olivier wanted as a child was to be able to play on the playground and run with the other kids. As soon as he got on running blades, he was able to move a lot more – and faster – and started playing football.

“He played football until he was around 12, at which point he was scouted for the Dutch running team,” Guido says. “It was obvious that he was moving quite fast. My wife and I always wanted him to be able to run – and that’s exactly what he is doing now.”

As one of his latest achievements, Olivier won a silver medal at the 2020 Paralympic Games in Tokyo in the 400m sprint. 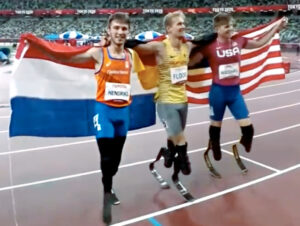 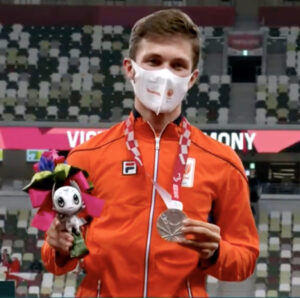 Striving to create the most functional prosthesis out there

Over the years, Guido has done extensive research on what prostheses are available on the market. His conclusion: there are no prosthetic feet yet, which people can use both for day-to-day activities and sports. That is what he and his co-founder Jaap Roggeveen set out to change. 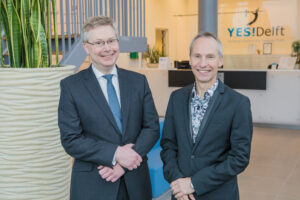 “To be able to have only one type of prosthesis for multiple activities and different shoes at the same time, it would need to adjust at the ankle. Our users are in control and decide what shoes they wear during the day and how they use them. Gyromotics’ users change from work to sports with the heel just off the floor to high heels at a party – all with the same foot,” Guido explains. “Our solution is the only prosthesis on the market that allows you to stand on the toes of your shoes and so combines a daily foot and a running blade in one product.” 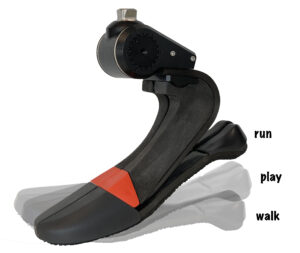 What makes Gyromotics’s prosthesis smart is exactly the fact that it provides the user flexibility to be able to perform different activities with the same foot, such as walking and running. Also, the bottom is made up of two halves that are separated to offer more stability in case the person steps sideways.

“Since we started, we have proven the concept and in the last year, we have been working on improving the design and the looks based on customer feedback. In the near future, we will start working with two big companies that make sockets for prosthetic feet and we’ll become part of their standardized assortment.”

At the moment, Gyromotics is only offering feet for adults. Yet, since it all started with the goal to make it easier for young children to move around, they are soon going to expand their offering.

“We recently won a project with SportInnovator, the programme for sport innovation and research by the Ministry of Health, Welfare and Sport,” Guido says. “As part of it, and together with the TU Delft and Team Para Atletiek, we will develop a prosthesis for kids. That way we can finally come a full circle.”

Along the way, they have been getting help from the experts and community of YES!Delft and that is something Guido considers very valuable. It has not only increased their credibility with potential investors and partners, but it has taught them how to run a company as a small team. This is knowledge that will surely propel Gyromotics on their way to success.

If you would like to work for a startup like Gyromotics check out our vacancies and become visible to more than 300 startups in the YES!Delft ecosystem.