Written by Ioana Bruma on December 4, 2022. Posted in All Focus Areas, News.

Have you ever wondered what happens with your information once it’s processed within a database? Nowadays, every online activity on the internet is valuable both in terms of time and money. Your data is collected, processed, and sold on a daily basis by a variety of companies, websites, and analysis firms.

Every piece of information that we produce is important and says something about us. One of the most important data is our DNA, since it contains the instructions that our body requires to grow, develop, and reproduce. The question is: how can we protect our genomic data (DNA)?

Oasys Now is a start-up that protects your DNA data, founded in 2018 by Nima Salami, Soroosh Torabi, and later joined by  Sara Okhuijsen and Viktor Koppenol. In short, Oasys Now provides a secure storage and computation platform for DNA testing companies & research institutes. Once the data is safely stored, the ownership of this data is given back to the individuals, they can now decide whether they would like to share their data for research purposes in exchange for rewards.

The idea started with a personal story:

Around 12 years ago, Nima – originally from Iran, left the country together with his parents. They moved from country to country before arriving in The Netherlands. Every time they had to travel, what they couldn’t take with them was their medical records. Especially for his mom, this was very important since she had several diseases including asthma. Whenever they would arrive in a new country she would have to be diagnosed over and over again before getting the required medical prescriptions. Nima then realized that the waiting procedure could be deadly for some people, so he wanted to come up with a solution.

“I believe that we have reached a point of advancement in technology where we can practically provide ownership of data to every individual, this is not only the right thing to do with regards to control and transparency but also stimulates scientific repurposing of data.”- Nima Salami, CEO and Co-founder at Oasys Now 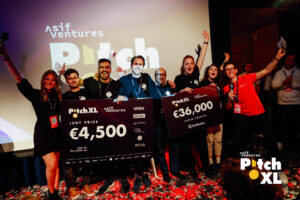 After 2 years, Oasys Now joined the validation program of YES!Delft after they had learnt that the market in which they would like to operate is not easy to enter, especially as a start-up. That’s when they made a pivot to the new idea which has the same mission and vision: bringing technology to the healthcare field and making individuals the owners of their health data; the only difference is that now they focus on genomic data (DNA data) rather than general medical records. Oasys Now started working on validating its new pivot with the help of YES!Delft.

“Genomic data is a defining pivot from general health data, since it is the most interesting data from our point of view. It presents many challenges, which we are excited to solve and see as opportunities.” – Sara Okhuijsen, CSO and Co-founder at Oasys Now

Oasys Now is a secure data-sharing platform with three main stakeholder groups. The first group is the individuals (citizens, patients) who had their DNA tested, the company /institute who holds their data is the second group, and the third group is the company/ institute who uses this data for (scientific) insights. 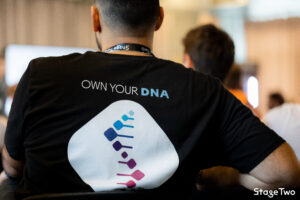 The people interested in the data are researchers, which Oasys Now calls the data consumers. They use the data to conduct large research or case studies in the field of healthcare. Therefore, since there is demand, Oasys Now wants to be the enabler for these transactions to happen ethically. On their platform, the individuals are the decision-makers on what happens to their data.

The individuals are eventually at the core of what they are doing from an ethical perspective, but it’s the data consumers that are the major source of income for Oasys Now. They want to serve the individuals, not monetize from them.

Stage in which Oasys Now is at the moment

Oasys Now is in the product development phase whereby they are piloting their solutions with several customers to make sure that everything is set down correctly since they work with sensitive data. The market in which they operate is relatively new and in some ways, they are at a level of ‘market creation’. There are several parties and organizations in this field, and the goal of Oasys Now is to bring them under the same umbrella and help them work seamlessly together enabled by their platform.

How has YES!Delft helped Oasys Now along the way?

Oasys Now validated the idea with YES!Delft after their pivot. Nima attended many events and programs at YES!Delft through which he learned a lot about entrepreneurship. At the moment their office is located at YES!Delft Rotterdam. The association with the Rotterdam office made sense since it focuses on Social and ClimateTech.

Your dream can become a reality too. As long as you want to make a change, don’t miss the opportunity to boost your start-up by joining the YES!Delft Validation Lab or Accelerator Program. However, if working for a start-up resonates more with your ambition, we got you! Check out the vacancies on our YES!Talents page!

BE PART OF THE CHANGE, AS CHANGE STARTS WITH YOU…