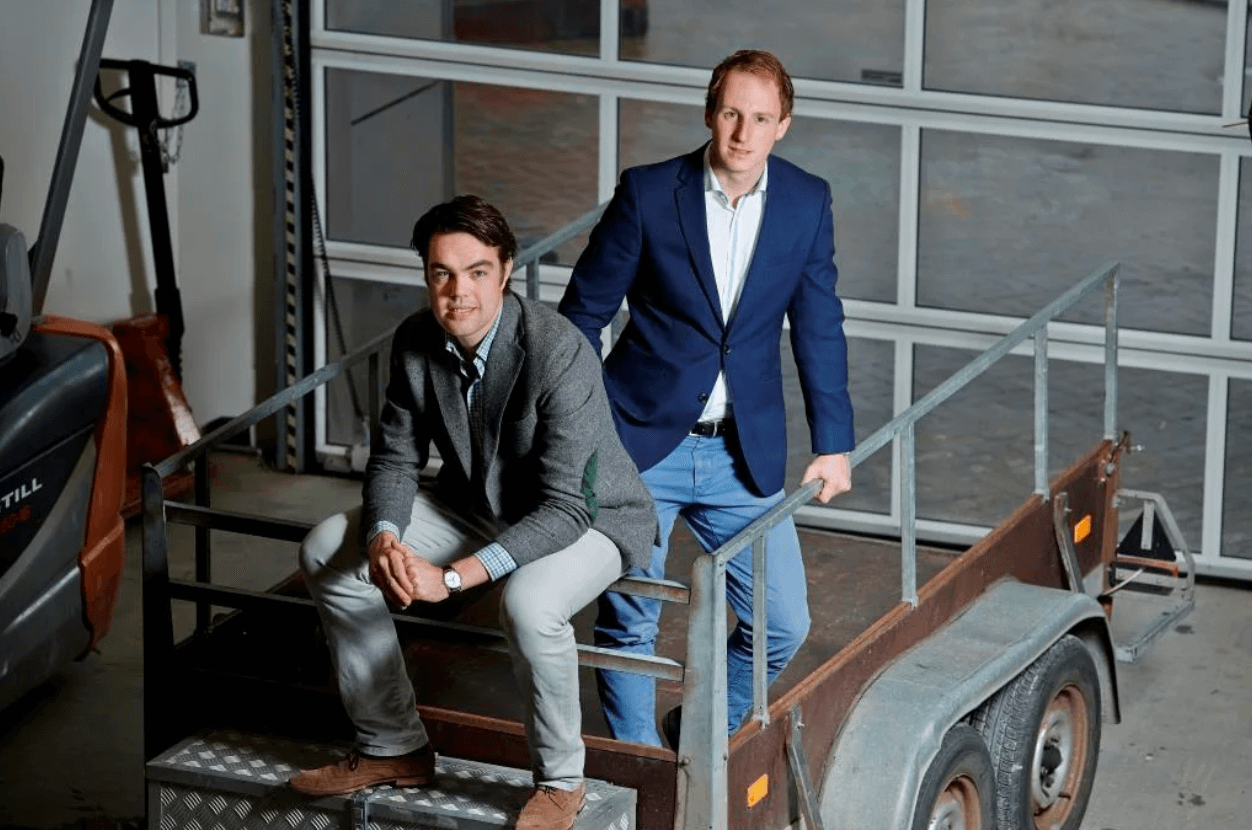 Written by kartikayesdelft on July 12, 2017. Posted in All Focus Areas, Deep Technologies, Robotics.

The SMART, electrical caravan providing you with real-time information

Whereas 10 years back towing a caravan wasn’t much of a hassle, things are quite different today. Cars are smaller, lighter, and more sustainable than ever before. Great news, without a doubt, except for the fact that many of them are unable to tow a proper caravan.

To solve that problem, the team behind E-Trailer is on a mission: to create an electrical caravan that helps the car in pulling it. On the road to making that a reality, they have found ways to roll out other innovative solutions, too.

FROM A SIMPLE IDEA
Founders Boy Trip and Rick Lenssen met over a year ago to find out that they had very similar entrepreneurial ambitions: “We both wanted to start a company, and we both had the same vision,” Boy remembers. While he had been gaining business experience as part of YES!Delft’s students board, among others, Rick was working on his (electrical) engineering skills as a member of the Nuon Solar Team. When they put their heads together, they saw the appeal of assisting cars and their owners by developing an electrically propelled caravan.

A course on the basics of starting up helped them identify a potential target market and develop a business plan. Yet, that was only the beginning. The duo soon found out that developing the technology, and even more so implementing, is nothing short of a challenge. “Developing an electric trailer is very difficult and comes with certain restraints. According to the law, a caravan is a towed, non-propelled vehicle. We need to create a new regulation to get the electrically propelled trailer road legal. This will take a while, so building a full-fledged electric trailer is a goal of the distant future.”

THROUGH YES!DELFT
In the meantime Boy, Rick and their team have channelled their energy towards developing individual components of the potential electric trailer into marketable products.

They already have a working prototype of, what they call, the SMART Trailer – a system that connects the users’ smartphone or tablet to their caravan and provides real-time information about the condition of the caravan, including levelling, tyre pressure and brake temperature. To date, they have pre-sold 550 pieces of the system, and are planning to start delivering them in March 2017.

Coming this far in the little time since founding their company in November 2015, hasn’t been without the help of YES!Delft, they say. “The main reason we joined the incubator is because of its coaching program: you get a coach who is experienced in starting companies and [all things] entrepreneurial”. The knowledge that they can derive from the program is, thus, considered invaluable. In addition, Boy emphasizes the benefit of working alongside other entrepreneurs as they can all learn from each other’s mistakes and successes.

NEXT STEPS
In the months to come, the team of E-Trailer has a lot to look forward to. Their number one priority is to deliver the 550 presold pieces of the SMART Trailer system: “It’s the biggest thing we’re working on.” In addition, they have also finalized a proof of concept for their E-Brake product, which will aim to replace the mechanical braking systems of caravans, bringing advantages such as shorter braking distance and reduced swaying motion, among others. And last but certainly not least, E-Trailer will be seeking new funding opportunities to add to their existing portfolio of subsidies and awards.

From the looks of it, things are only going to speed up for team E-Trailer in the year to come.