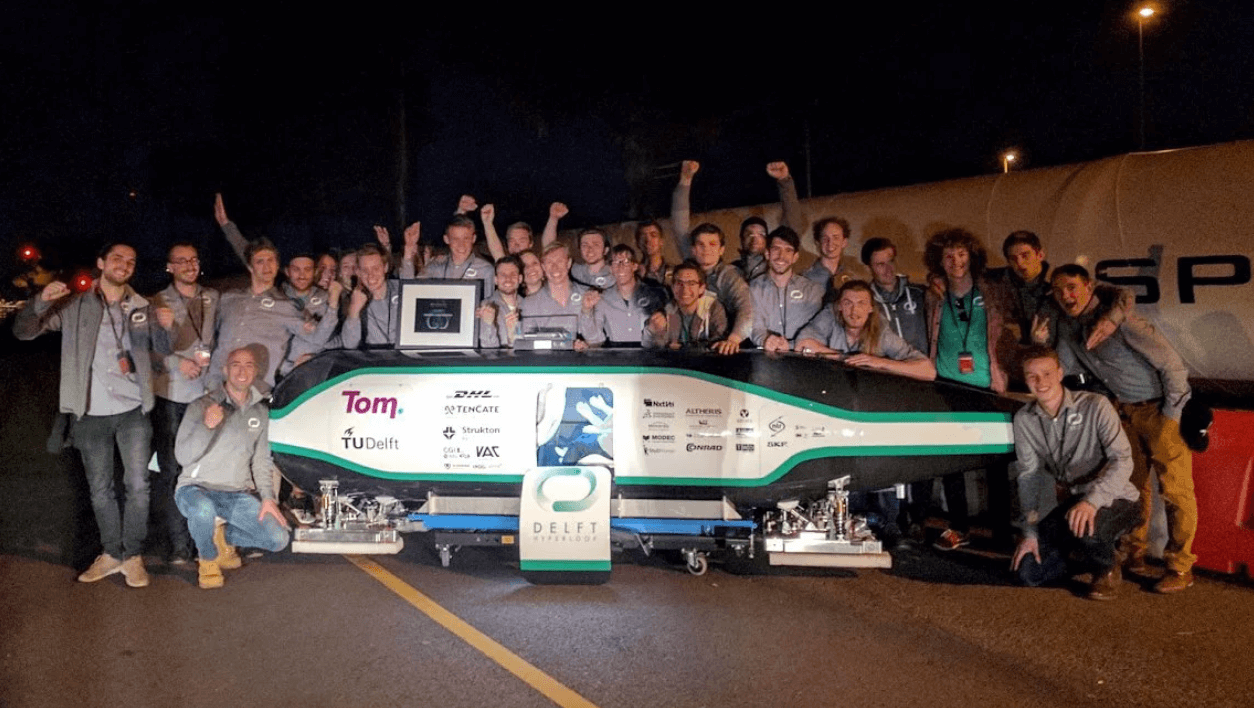 The future masters of high-speed travel

Amsterdam and Paris are more than 500 kilometers away from each other, and it’s certainly a few-hour time investment to get from one city to the other. But what if we told you that, somewhere in the future, you could make it in no more than 35 minutes? Really.

The team behind this ambitious project goes by the name of Hardt. They’re developing a travel capsule that combines the speed of a plane with the comfort and convenience of a train.

FROM AN INSPIRING IDEA
The roots of this grand idea go back to mid-2013 when none other than Elon Musk himself released a white paper on a new kind of high-speed ground transport system called the Hyperloop. Essentially, it would enable capsules to travel in high speeds inside of a large tube.

For Tim Houter, Team Captain of Hardt, the potential of such a system is great: “Our ultimate goal is to realize Hyperloop networks all around the world and diminish our environmental impact.”

While such a goal would take years, even decades, to fulfill, it is nothing short of realistic. Since June 2015, Tim and his team of 30 TU Delft students have been part of the Hyperloop Pod Competition initiated by Musk’s SpaceX company. And they’re already enjoying successes along the way.

THROUGH THE HYPERLOOP COMPETITION AND YES!DELFT
The competition started out with about 2000 applicants which formed 360 official teams, Tim explains. The first round was focused on developing a preliminary design, and just a few months after the start of the competition, teams had to face the first cut: Only 124 of them were selected for the next round. Guess who was one of them.

In the months that followed, teams continued to work on their design and presented a finalized version of it in Texas. Here, Tim and his team were awarded the prestigious Pod Innovation Award. “That’s something we’re very proud of,” he says. Today, Hardt is among the remaining 20+ teams, and has already developed a physical prototype. Presenting it to the wider public was “the best day of my life”, he adds.

But things didn’t stop here for the Delft-based team.

Since then, they have checked off even more milestones. The founders of Hardt started a company for further development, and got accepted into YES!Delft’s Incubation Program, where they continue to accumulate knowledge every day. “YES!Delft has a very large network of entrepreneurs, who are in a similar stage as us,” Tim says. “It is an opportunity to learn from each other, and not make the mistakes that other people have made before us.”

From this point on, the main priority lying ahead of team Hardt is competing – and winning – the Hyperloop Pod Competition. The final round is planned for the end of January 2017.

“We already did a first test with our prototype in California, and it went really well. We’ll go back there in January for the grand finale,” Tim says. The challenge will be for teams to race their pods on the 1.2-kilometer-long test track, where their prototypes’ performance will be assessed based on speed, safety and efficiency, among others.

Winners or not, the team behind Hardt is determined to stay on track and achieve new heights. “Our goal for the future is to continue creating a full-scale hyperloop system.” The stakes are high, yet so is the startup’s potential.