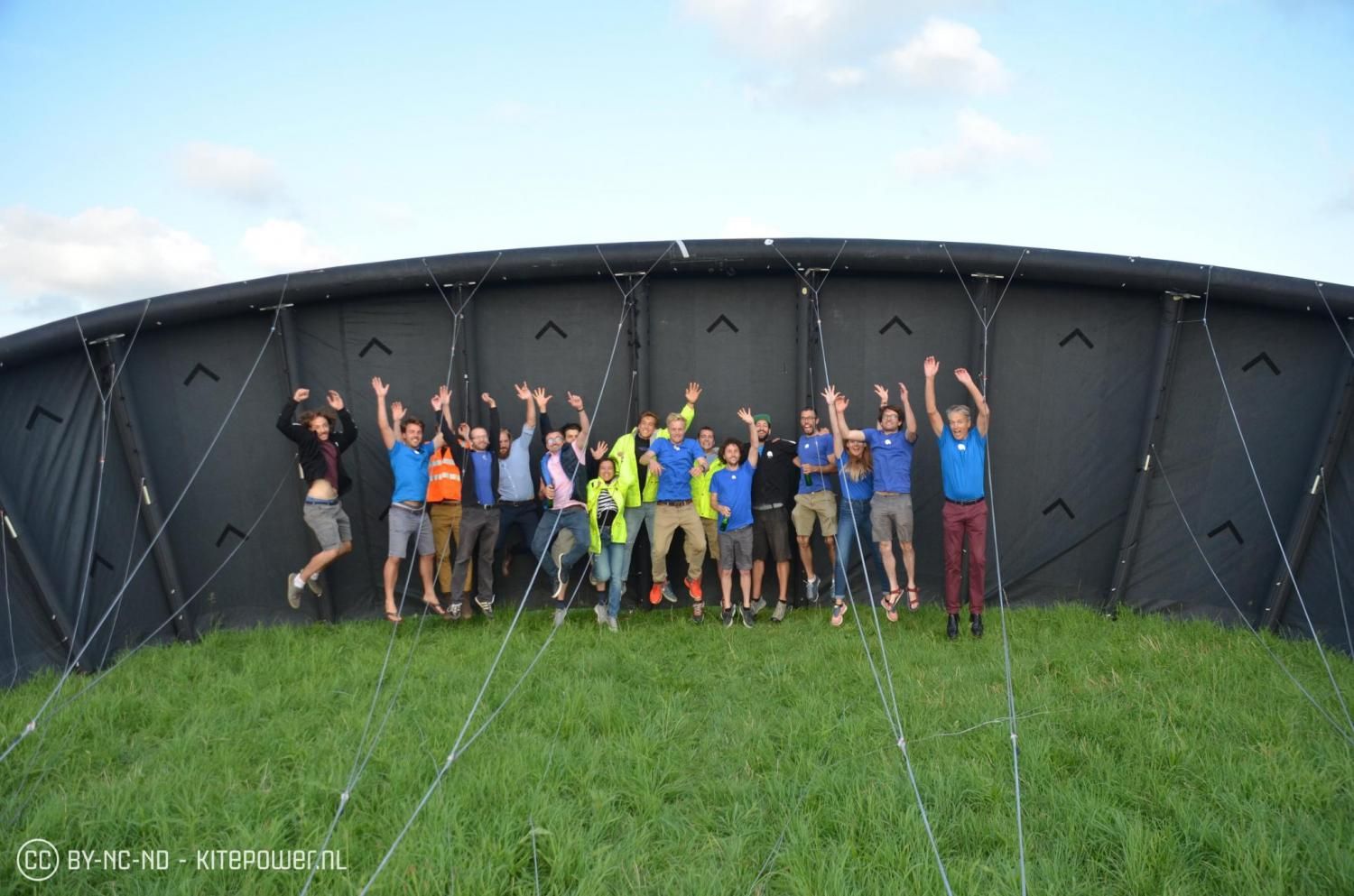 The masters of airborne wind energy

Wind is all around us and leveraging it as a clean energy source has become increasingly wide-spread in recent years. Especially in a country like the Netherlands, wind turbines are a major part of the landscape. Yet, what if there was another – both innovative and cost-effective – means of generating wind power? Actually, there is. German-born Johannes Peschel, co-founder of Kitepower, and his team have developed a system that uses high-performance kites to leverage the energy of the wind and generate electricity.

FROM A SIMPLE IDEA
For Johannes, laying the foundation of Kitepower was a logical step in both his personal and professional life. “I love kites,” he says. “I love them so much that I decided to make them my profession.”

As a passionate kite surfer himself, Johannes has always been interested in the power of the wind. After he found out that an idea he had – using a kite to generate electricity – was already being researched at TU Delft’s faculty of aerospace engineering, he didn’t waste time moving to the Netherlands.

While the concept of kite power was first researched by Wubbo Ockels, best known as the first Dutch astronaut in space, it is now being carried out by academics at the university as well as Johannes and his team. The Kitepower system came about largely as a result of this research.

As for the system itself, it is certainly an invention of a kind. Johannes points out that it’s compact in size and easy to install and maintain. “We have a generator on the ground, a kite in the air and a kite control unit that controls the kite. The airborne part has a line connected to the generator on the ground,” he explains. “The kite flies in a pattern of eight and pulls out the line, which, in turn, rotates the drum in the ground station and generates electricity.”

THROUGH YES!DELFT
Among the advantages of Kitepower’s system is the fact that it uses a lot less material while being twice as efficient as existing technology, Johannes says. What’s more, it is able to leverage high-altitude winds, which are often much stronger and more persistent than the winds closer to the ground.

And these advantages have not gone unnoticed. Today, the team is part of YES!Delft’s Incubation Program, after successfully rounding up the LaunchLab and winning its audience vote.

“The programs at YES!Delft have given us access to a wide network of contacts and to a wide variety of knowledge and expertise from the master classes,” Johannes says. In fact, in the one year (and a few months) since the official company launch, the current core team of five has been able to secure two launching customers and a rather sizable grant of 3.7 million euros.

TO A GROWING COMPANY
As a result, the future looks bright for Kitepower. The grant they received was part of the EU’s Horizon 2020 initiative and is going to keep them warm until the end of 2019. The team was last year’s winner of the Dutch Defense Competition 2016, adding another 200,000 euros to their finances.

With these resources, they are developing their system for the commercial market and expect to have it ready for pre-sales in early 2018, and for delivery – at the end of the same year. They now work with the Dutch military to finish the technical details of the product, as well as more locally with projects like the ICOON Afsluitdijk.

“The system is for use in remote locations, where diesel is currently in place,” Johannes says. “We sell this as an add-on to reduce the diesel consumption.”

At the end of the day, their vision is quite ambitious: “We want to make renewable energy affordable for everyone, and when it comes to wind, I believe this is only possible with kite power and airborne wind,” Johannes says passionately. From the looks of it, he and his team know exactly how to get to those heights.