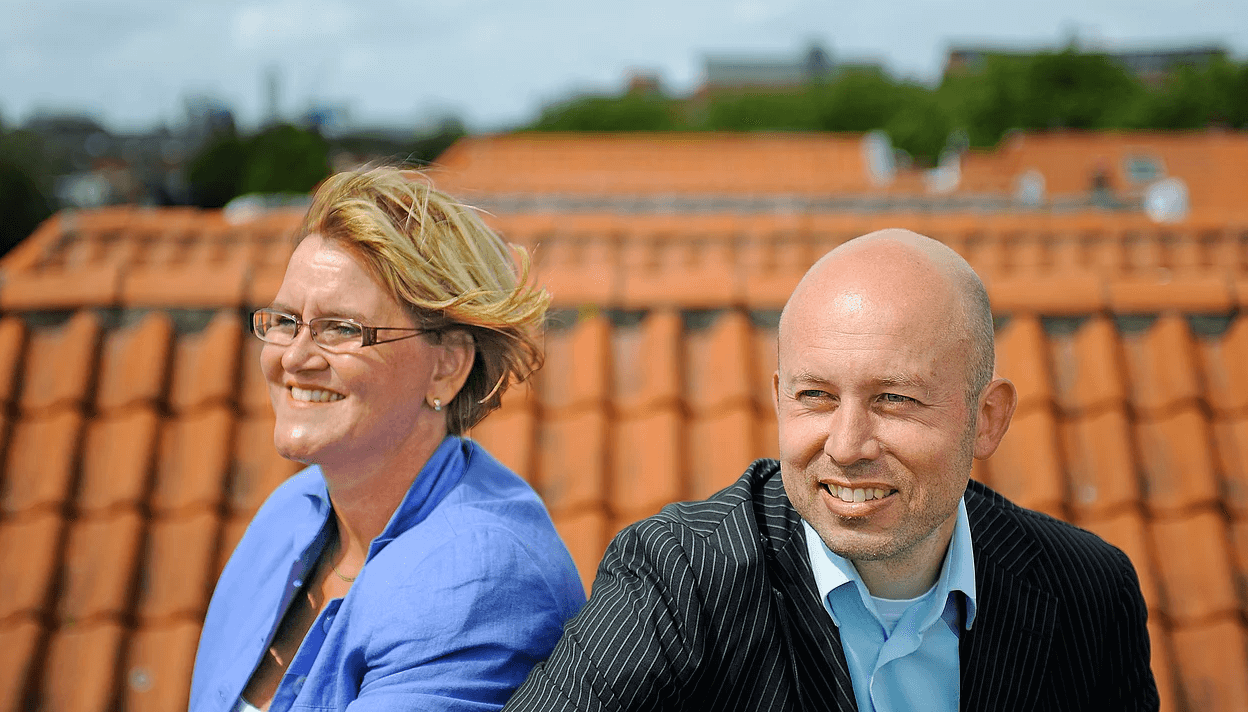 Harnessing the power of wind

Wind is one of the cleanest sources of energy around us, but learning to harness its power is no easy task. Sander and Eline Mertens know all about it. They say the key is to really understand how wind works. As founders of Windchallenge, they’re developing innovative wind energy solutions – among which a wind turbine called The Windleaf – for customers in the Netherlands and abroad.

FROM A SIMPLE IDEA
For Sander, wind has always been somewhat of a special interest. Already in his early school years, he designed and built his very own wind turbine. At university, he studied Physics and Aerospace Engineering, eventually earning a PhD in Wind Energy in the Built Environment. Today – together with Eline, his partner in business and in life – he runs Windchallenge and makes sure that wind energy is harnessed as efficiently as possible.

Sander and Eline’s joint journey towards Windchallenge started back in 2007 when they founded Ingreenious, a consultancy focused on helping organizations reduce their carbon footprint.

“We weren’t the youngest of entrepreneurs when we started out,” Eline laughs. “We already had kids and a house, so we needed to make sure we had a steady source of income.” The consultancy was a stepping stone towards launching their own social venture.

Windchallenge Holland officially came into existence in May 2013, after Sander and Eline spent nearly four years researching and designing a state-of-the-art wind turbine. The Windleaf, currently their core product, is innovative in that it is stormproof, as well as easy to mount on anything from building rooftops to street light poles.

As of late 2016, the technology behind it has been patented in both Europe and the U.S. “The patent is for the pitching system of the wind turbine,” Eline explains. The idea is that with high wind speeds, the blades are able to adjust their position to optimize performance and avoid possible damage.

THROUGH YES!DELFT
The years leading up to the creation of Windchallenge were years of hard work and preparations to introduce a full-blown product onto the market. “We started with our design, but didn’t communicate any of our progress until we were ready for sales,” Eline remembers. “We didn’t want to lose our focus.”

Getting to the point where they were sales-ready, however, wasn’t without the help of experts and the business support of YES!Delft, they say. Sander and Eline joined the incubator at a very early stage of their idea’s development, and they see that as a good thing.

“YES!Delft was a very nice environment for us,” Eline says, referring in particular to the fact that they were working side by side with other innovative companies. Apart from having a dedicated working space for assembling their wind turbine, they were also able to install it on YES!Delft’s rooftop. “We used that opportunity for testing our product, but also as a showroom experience for our customers.”

TO A GROWING COMPANY
Since then, a lot has changed for Windchallenge. With a long-term investor onboard and a team of more than 10 people, the company now operates out of its office in Rotterdam and is looking towards a year of international expansion. After securing multiple customers in the Netherlands, Windchallenge is currently looking towards Denmark, Norway and Sweden.

And they don’t plan to stop there. In five years time, they want to be international market leaders.

What is perhaps even more important, though, is that offering customers an innovative product is not the only thing that Sander, Eline and their team want to achieve. They want to make people increasingly aware of the advantages of green energy, and help contribute to a more self-aware future.

For a team with such a strong connection to nature, that shouldn’t really be a problem.