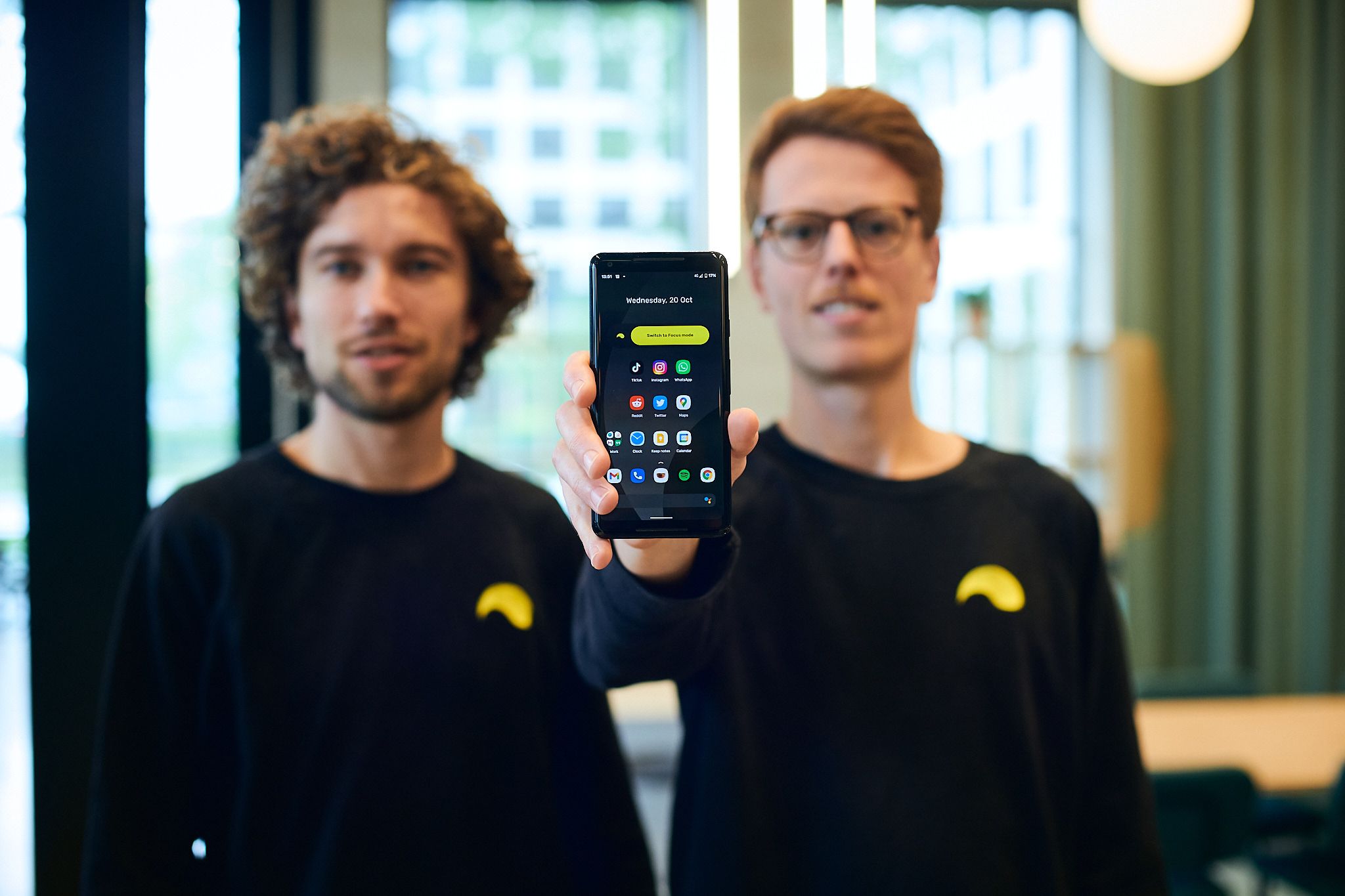 Unpluq: The startup that makes your smartphone less of a distraction

Written by Mina Nacheva on January 17, 2022. Posted in All Focus Areas, News.

Technology is all around and so much so, in fact, that most of us are dependent on the internet or our mobile devices to stay connected with the world around us. On the one hand, that’s great – it brings all of us closer together in ways that were previously unthought of. On the other, though, it can also be a source of major distraction. This is what Tim Smits and Jorn Rigter, co-founders of YES!Delft startup Unpluq, realized while at university and they took it upon themselves to create a solution.

A personal frustration turns into a business

Tim and Jorn have always thought that it would be cool to start something together. “While studying Industrial Design Engineering at the TU Delft, we noticed that we were easily distracted by all the apps we had on our smartphones. And that’s a problem that a lot of other students have nowadays, too,” Tim says. The two of them, thus, saw this as an opportunity to create a new type of solution that would make smartphones less of a distraction.

And so, their entrepreneurial journey began.

“We first took part in a six-month program at the university called Build Your Startup and during that time, we interviewed a lot of people on how they interacted with their smartphones and if they found them to be a distraction.” Needless to say, a lot of them did.

The true value of the Build Your Startup program was to help Tim and Jorn validate their idea and understand the depth of the problem they were trying to solve. “Of course, there were already existing solutions to minimize distraction, like setting reminders and limitations on the phone itself,” Tim says. Yet, what they wanted to achieve was a more lasting solution; something that would keep the smartphone and its user away from distraction in a more tangible way.

So, what they came up with was a physical key that would remove distracting apps from the user’s smartphone. In other words, plug in this physical key and you have access to your distracting apps. Take it out and your phone is stripped down to just its “normal” functions.

At the end of the program, Tim and Jorn launched a Kickstarter campaign with the goal of raising 10,000 euros. They describe it as their “first validation moment”, especially as they reached their target. Most of their customers are millennials and Generation Z users and while most physical keys have been sold within the Netherlands, Unpluq has also had interest from abroad.

Since then, though, their business model has taken a new turn. “While we started out with a hardware solution, we have since moved mostly to software,” Tim says. “Hardware tends to limit growth, software is more scalable. We willmay introduce a mixed model soonlater on, where the Unpluq app is the basis and the hardware product is an add-on that users can choose to buy.”

In order for the software solution to work as well as the physical key, Tim and Jorn have identified, what they call, “distraction barriers” as a key feature. Since all apps – distracting or not – would now be one the user’s phone, there need to be barriers to getting into the distracting apps too easily. By introducing distraction barriers, Unpluq would require users to shake their phone until a meter is filled or scan a QR codemove to have their apps unlocked, to name a few.

“Our physical key was what made us unique and now so are our distraction barriers. They are not the same as simply blocking apps,” Tim says. 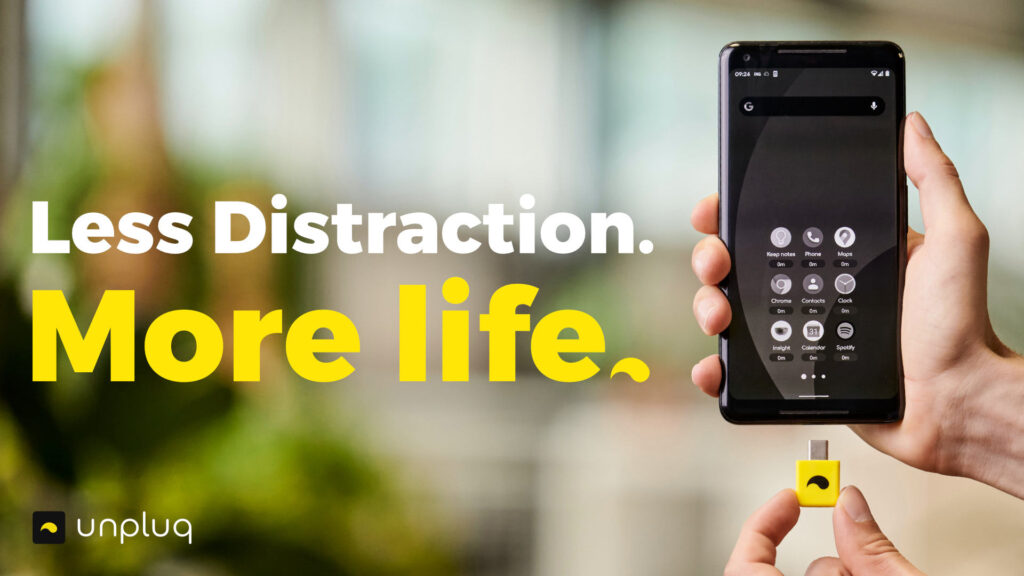 To date, the team has raised close to 1400,000 euros and are currently raising another round on leapfunder. After that they are aiming for a larger round of investment, which would help them expand to the US – their next big market, as they see it. That would also allow them to hire their first full-time employee and further grow their team.

Unpluq is also looking to branch out to new customer segments and approach employers with their solutions. “We want to start selling to companies that want to offer our tool as an option to their employees. It is very relevant in the time of remote working when it’s easier to get distracted.”

Tim and Jorn currently have a team of interns who help them in a number of different aspects of the startup’s development. The two co-founders have also benefited from the expert network of YES!Delft and even have fellow entrepreneurs from the community as their advisors. “Having such a strong support network has been very valuable for us starting out,” Tim says.

And it’s only up from here. Going forward, the team will be working towards the iPhone version of Unpluq and further developing their software, diversifying their customer portfolio in the Netherlands and raising funds to expand internationally.

Are you inspired by this entrepreneurial journey and interested to give your startup a boost? Then join one of the programs we offer at YES!Delft; Validation lab or Accelerator Program. If you would like to work at a startup in our ecosystem, check out the vacancies on our homepage!