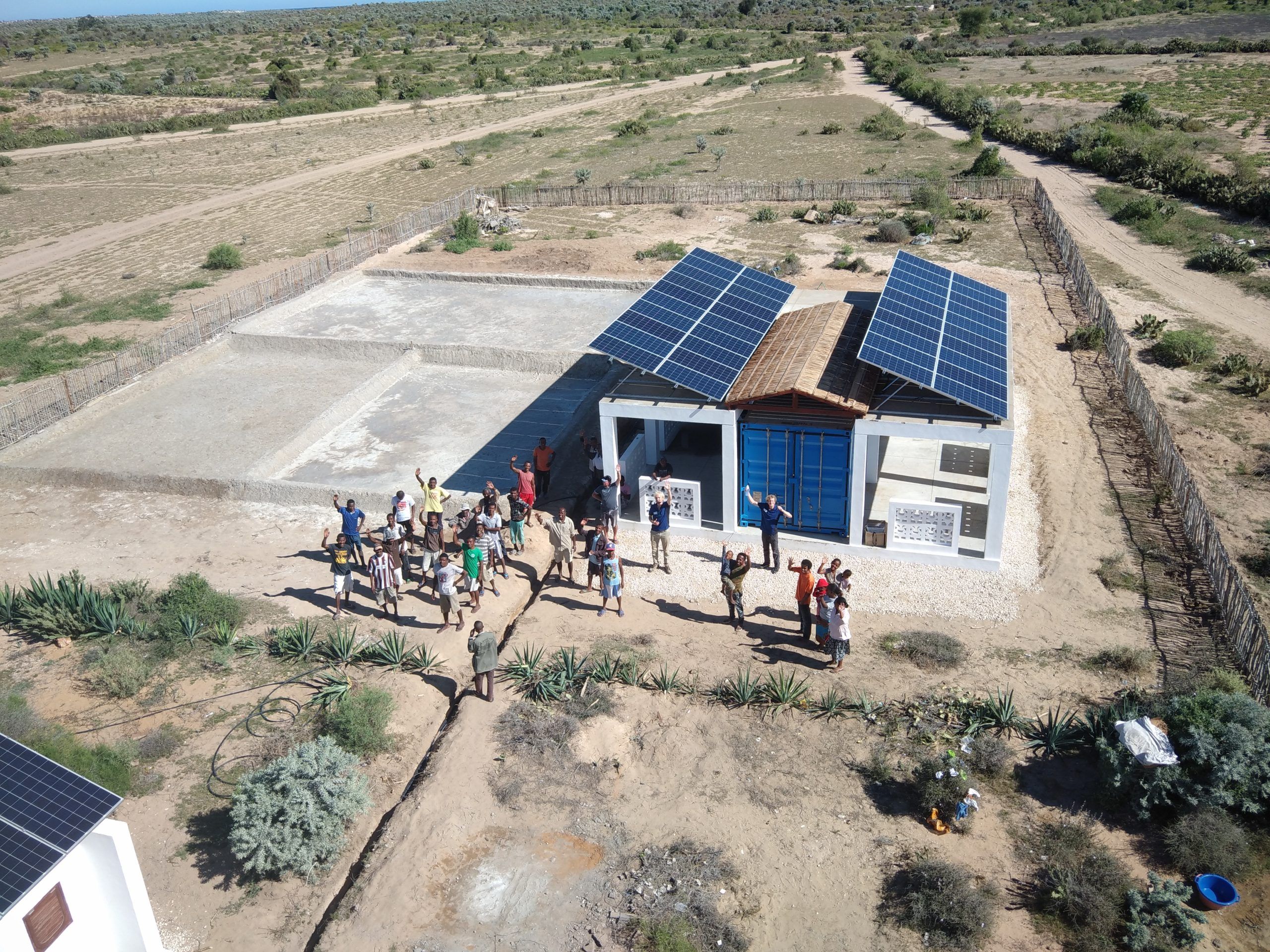 For a country like The Netherlands where rain is a given and the sea level is often as high as it gets, the topic of water scarcity may not be the first to come to mind. Yet, for entrepreneurs Sid Vollebregt and Reinoud Feenstra, this issue holds a sense of urgency: “Already today, about two thirds of the world population is facing water shortages”.

As a result, the two of them founded Elemental Water Makers and developed a sustainable desalination technology to provide water scarce areas with fresh water.

Sid and Reinoud’s idea goes back to their time at the TU Delft when they were doing their graduation project in the field of desalination and renewable energy. “We founded Elemental Water Makers as a result of our research, and with the sole goal of solving fresh water scarcity using only the elements of the sea, sand, earth and wind.”

About two thirds of the world population is facing water scarcity, Sid says, which makes the company’s efforts so much more important.

While Elemental Water Makers is about making fresh water more accessible to those who need it the most, it is also about achieving that in a sustainable manner. “Desalination processes do exist and they are similar to what we do, but they are powered by fossil fuels – so, conventional electricity. What we can do is offer either a cheaper and/or a sustainable solution,” Sid explains.

With the smart use of renewable (solar, wind and wave) energy and gravity, Elemental Water Makers’ technology allows for a constant desalination process.

Today, the team is focused on implementing its technology on islands with limited access to fresh water. While having completed more than 20 projects to date and being active in over 10 countries, Sid admits that it was customer development that had proven to be one of their main challenges starting out.

“You can use desalination technology to provide fresh water for a wide range of customers – from hospital to resorts, to entire municipalities,” Sid says. “What we wanted to find out was who could benefit the most from our technology.”

To get a better understanding of their target market as well as the ins and outs of running a business, the two entrepreneurs joined the “Ready to start up” course, followed by YES!Delft’s Incubation Program, the former Accelerator Program. “In the early stages of our development, it was very valuable to be among entrepreneurs and to tap into this network of people and advice, especially the financial and legal coaching,” Sid says.

Becoming part of this ecosystem was the initial push both founders needed on their way to success. Perhaps the most intense part of their idea validation process, however, was when they decided to hop on a plane and visit various islands to talk to as many customers, suppliers, regulators and other stakeholders as possible.

It was then that they secured their first customer, too.

With a number of successful commercial projects behind them and more than five team members onboard, Elemental Water Makers is working towards new heights.

Together with various coastal regions, the team aims to prove that fresh water can be delivered at an affordable price and in a sustainable manner to regions that do not have access to it. Take the African island of Madagascar, for instance. Eleven million on it still do not have to clean water and about 85% of the population lives in remote communities. Efoetsy is one of these communities.

In 2019, Sid and Reinoud launched the Elemental Water Foundation, a certified NGO with the goal to help people that need it most. Together with its local partner Trans Mad and the support of private sector donations, it successfully raised the funds required for the installation of the solar-powered desalination system. Thanks to this project, the community now has access to 15,000 liters of clean water every day.

To make implementation of the technology easier, Elemental Water Makers has developed a containerized plug-and-play solution that can be deployed quickly and easily to ensure the reliable supply of affordable clean water at any coastal location.

Sid and his team have come a long way since the early days of their company and have, so far, enabled multiple communities across Africa and Central America gain access to fresh water not only in an affordable, but also environmentally-friendly way.

“Many people are starting to understand the topic of water scarcity and the importance of water,” Sid says. “For us, it’s not just about solving a problem: We’d like to get to the point where we turn water scarcity into abundance.”