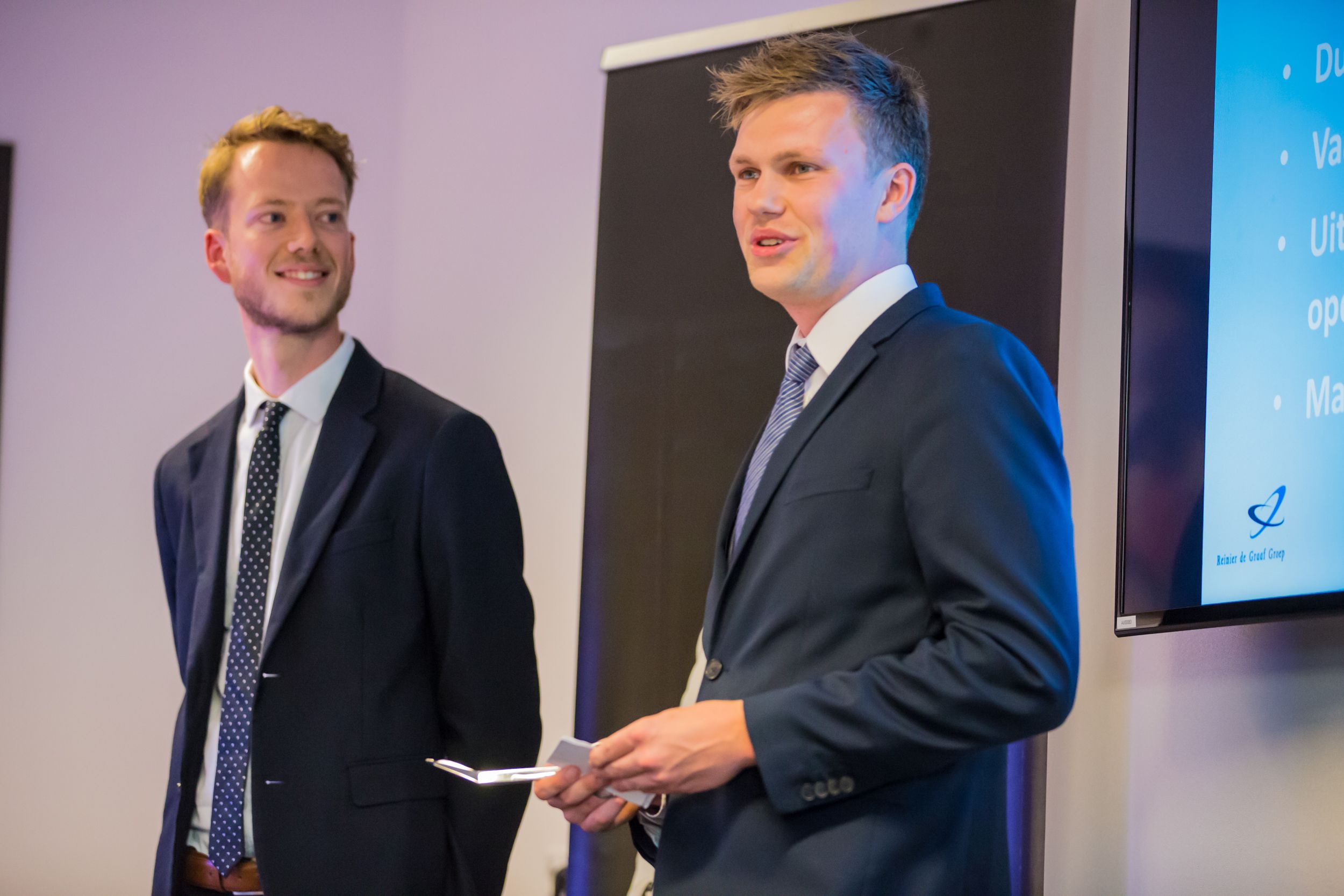 Manometric: The 3D-printed braces that make a difference in people’s lives

Tailor-made hand braces and orthoses are expensive and not fully tailored to the needs of the person using them. Not to mention, they are not the most beautiful pieces out there. Pieter Smakman came across this problem during his graduation project at the TU Delft and together with his friend and colleague, Robin Jones, took on 3D scanning and printing technology to design and create braces that people love to wear.

It didn’t take long until the two of them founded Manometric, a Delft-based startup looking to make the above possible for people who need a brace.

“We believe that braces are a consumer product and the experience of wearing them is more comparable to wearing a watch than a bandaid,” Pieter says. “It enables you to work again and perform your job. A piece of plastic can make a huge difference to someone’s life so it needs to fit the person him- or herself.”

During his Master’s in Integrated Product Design, Pieter came up with the idea of using 3D technology to create 360-scans of a hand and based on them, design a brace that is fully tailored to the person who needs it. The first version of the scanner was far from perfect, but it bore the potential of what it could become.

“The first time we tried to scan a hand was not easy at all,” Pieter remembers. “Someone had to put their hand up and sit on a turning plateau in front of the 3D scanner so we could capture every angle. You can imagine how hard it is to keep a hand in a steady position even for a couple of seconds, so this was definitely not a very viable solution to collect information.”

Today, close to four years after founding Manometric, Pieter, Robin and their team have made leaps both in terms of their technology and in running a successful business. They are accredited as an orthopedic company, which enables them to see patients and work directly with health insurers. Even during COVID-19 times, they have been able to continue doing that – under strict measures, of course – and it is something that gives the team not only new insights for their research and development, but also a lot of positive energy.

Supporting them along the way has been the community of experts at YES!Delft and their international network. Manometric joined the YES!Delft Accelerator Program in September 2017 and quickly learned what it’s like to run a business.

“The first thing we had to get into our system was to stop being so busy with our technology and instead focus on validating our product. We had to find out if there was a market for it before we spent more resources and effort developing it,” Pieter says.

Their mentor wasted no time in throwing them into the deep. “We were advised to organize a demo day, promote it on Facebook and see if people were willing to participate and pay for it. We went for it, but we were terrified,” Pieter remembers. “It just didn’t feel natural to promote a product that was not fully developed yet.”

And while the two co-founders were surely outside of their comfort zone, they quickly saw the benefits of approaching their target market early on. They communicated their demo day to a large group of patients and were surprised to receive more than 150 responses overnight. Eventually, about 20 people signed up and traveled from all over the Netherlands to experience Manometric’s technology

“That meant a lot to us and it was the point where we knew we were onto something,” Pieter says.

Those initial insights were what they needed to continue developing their technology. Today, the startup has a 3D scanner that can perform a 360 scan in a hundredth of a second, a software that can automate the production of orthoses and works together with hospitals, clinics, health insurers and other orthopedic companies.

Starting out, Pieter and Robin’s goal was to leverage technology in such a way that they could provide patients with the best-fitting hand braces possible, which look good too. At the same time, they also wanted to make the design and creation of those braces more efficient and less labor-intensive.

“If you look at the traditional patient journey, there is a lot of time from intake to delivering the final product. With our 3D technology, we can achieve results much faster.”

Manometric has been working together with Gerald Kraan, an orthopedic surgeon from Reinier de Graaf hospital in Delft, who has helped them immensely over the past years. With his support, they have been able to develop their software and algorithms, and to make sure that the braces they create perform as well as traditional ones, if not even better.

The startup’s goal going forward is to have their scanners placed in hospitals all over the Netherlands. “Our solution is scalable and we can’t wait to distribute this widely,” Pieter says.

The process may take some time, but the team has already proven that there is great potential for their technology, across the country and beyond.

Having been able to disrupt (in a good way) such a traditional industry has certainly brought Pieter, Robin and their team the feeling that they can change people’s lives with their work. What makes it all even more worthwhile, though, is actually seeing the impact of their technology.

“Not too long ago, one of our patients brought her saxophone to our office, sat down and started playing,” Pieter says. “It was the hand brace that we made for her that enabled her to play her instrument again. You can imagine the surprise on all of our faces.

Don’t forget to apply for our next Accelerator Program, the application deadline is on the 31st of January.

Get to know more