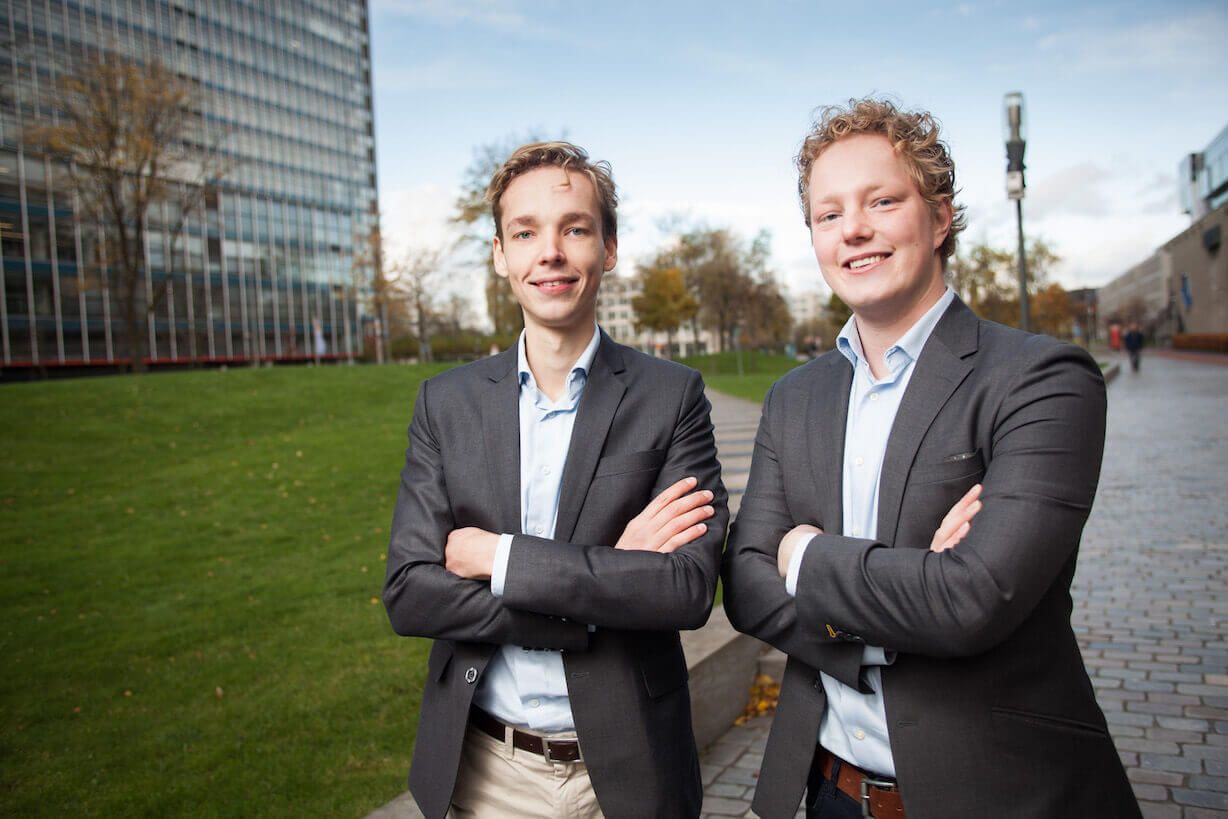 Written by Edoardo Repetti on April 10, 2018. Posted in MedTech.

Smart bed sensors that keep pressure ulcers to a minimum

Building a company is no easy task. Building a medical technology (MedTech) company – even less so. That, however, didn’t scare Ide Swager and Menno Gravemaker when they took it upon themselves to found Momo Medical. Their goal? To provide healthcare professionals with relevant and accurate data about patient mobility, thus helping them reduce the occurrence of pressure ulcers. Pressure ulcers and patient mobility? – we hear you asking. Not to worry, an explanation is on its way.

FROM A SIMPLE, YET AMBITIOUS CONCEPT
Ide has long been interested in the medical applications of electronics – as part of his Masters at the TU Delft, too – so for him, laying the foundation of his own MedTech business was a natural next step in his professional development. Menno, on the other hand, has been an entrepreneur ever since an early age, so the two were a perfect match for the start of Momo Medical.

And just like that, they set out to address the challenge of pressure ulcers. Pressure ulcers are a damage to the skin or underlying tissue as a result of pressure being exercised on them. “When sitting or lying, the bed or chair presses against your tissue and can damage the skin as well as the muscles underneath. This happens mostly near the bones,” Ide says.

The trouble with pressure ulcers is that they originate under the skin and are very difficult to diagnose – at least before they have burst open into a wound. “It’s a very complicated problem, because it depends on the person how fast those pressure ulcers develop,” Ide adds. “Sick people develop them faster, while severe patients can develop a first on-set within three hours. The tricky thing is that when you don’t see it, you don’t have a sense of urgency.”

This is exactly the problem the two MedTech entrepreneurs are looking to tackle: making pressure ulcers easier to prevent. They have, thus, developed a smart bed sensor that detects the position in which patients are lying in bed, and by on-going monitoring, provides healthcare professionals with relevant data to prevent pressure ulcers from emerging.

“We can couple our system with a hospital’s protocol and send an alert to the nurse call system when it’s time to reposition a patient,” Ide says. As a result, the risk of pressure ulcers can be decreased significantly.

TO BUILDING A GROWING COMPANY IN A YEAR
Momo Medical may have been around for just a year, yet they are already a team of 11, with a number of milestones to share. The reason for this quick start was, in part, the fact that Ide had previously worked at YES!Delft Students, and the network he built within YES!delft was ready to introduce Momo Medical to industry stakeholders.

Want to start your own MedTech startup as well? Join our Validation Lab!

By now the MedTech team has secured a number of subsidies, among which the STW Phase 1 grant and a smaller round of the Province of South Holland. What’s more, they have launched their first pilot with a Dutch hospital (Reinier de Graaf in Delft), nursing home (Pieter van Foreest) and the municipality of Delft.

“The pilot is a very important part of what we’re working on,” Ide says. “We’re setting up a long-term cooperation with the hospital that runs the pilot, so that could help us in the long run.” In March this year, the second phase of the pilot has started. The goal of this phase is to build the first clinical evidence, which is essential for getting a medical device on the market.

With plans to attract an investor in the near there is certainly a lot of hard work ahead of this MedTech company. In 2018 the major milestones are focused on pre-sales, medical device certification and design for manufacturing. Yet, it seems they know how to handle that just right.

If you want to know more about our programs, you can find more information here. Or contact Emma Kluwen (startup scout) directly via email or phone +31628504045.