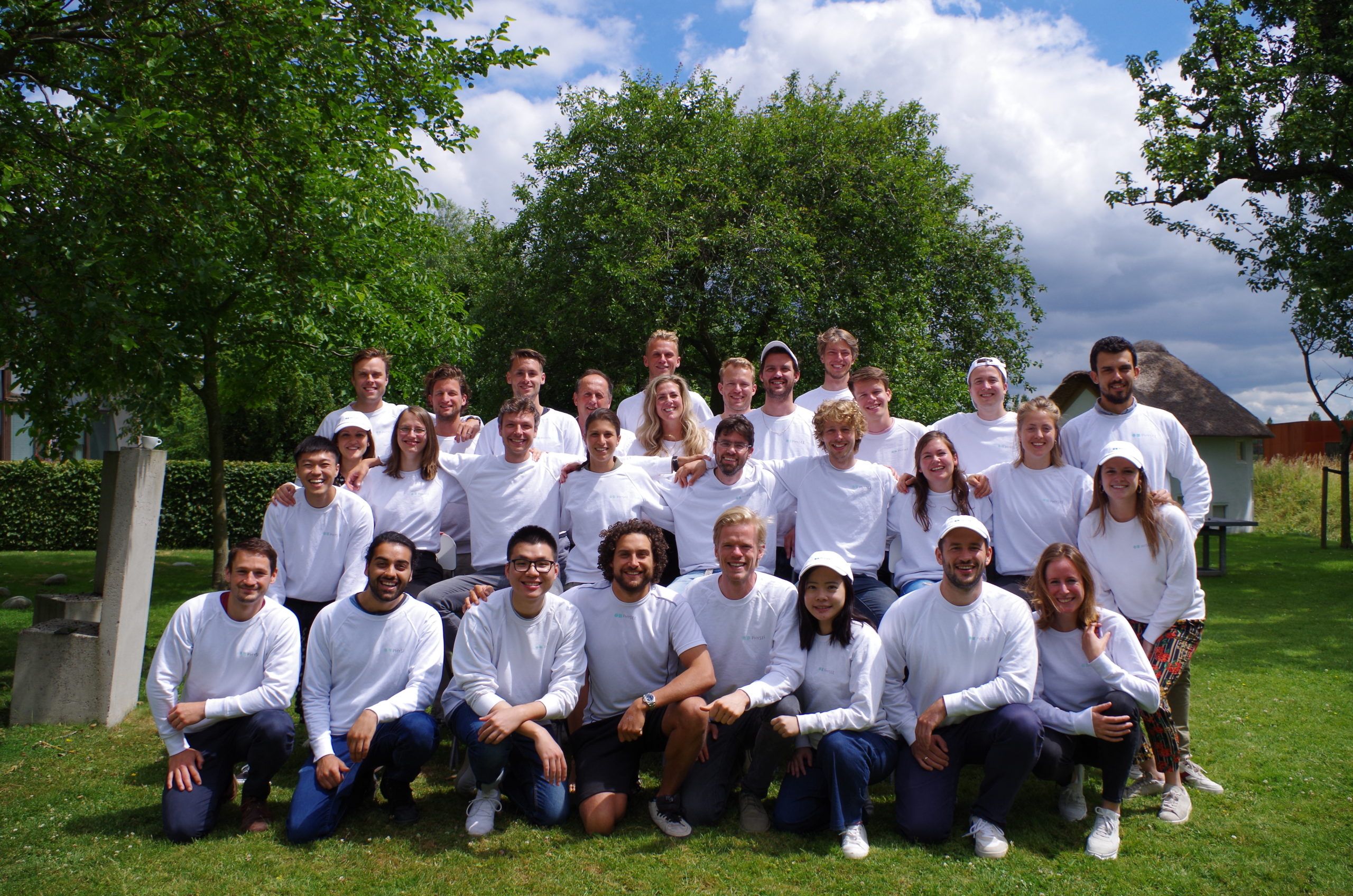 Becoming energy-neutral is not just a trend anymore, it is a necessity. It is a necessity across generations, markets and industries, and especially when it comes to people’s day-to-day lives. So then imagine living in a building that absorbs sunlight energy during the day and uses it to keep you warm at night. Or working in an office that aims for the ideal temperature and air quality to make you as productive as you want to be.

All of this is now possible thanks to Delft-based company Physee and its patented SmartSkin technology, which can autonomously power, sense and regulate a building’s climate.

FROM AN INNOVATIVE IDEA

It all started back in 2014 when Willem Kesteloo and Ferdinand Grapperhaus decided to work together on the Master’s theses degree at the Technical University in Delft (TU Delft) and focused their research on the physics on luminescent materials.

“We had known each other for some time and we knew we worked well together so it was a great opportunity to join forces on the same research project,” Willem says. What started as a university assignment soon led to some interesting discoveries in the lab, and to the idea of turning them into a business.

But what were those discoveries exactly? While researching the luminescent properties of a specific metal, together with their supervisor Erik van der Kolk, Willem and Ferdinand found that, in certain states, this metal can absorb a very broad spectrum of light, which it subsequently emits in a very sharp peak outside of its absorption spectrum. The novelty of this discovery prompted them to think that there might be business applications to consider, like making buildings more energy-efficient by capturing light and using it to generate energy.

“I have long had an interest in sustainability and the energy transition, so I was excited at the prospect of developing a new technology to make buildings more energy-efficient,” Willem says. “We spend 90% of our time in buildings, which consume 40% of our global energy demand.” And eventually, a lot of that energy ends up being lost through the facade.

Willem and Ferdinand knew there had to be a solution to not only use, but also generate and reuse energy inside buildings. Straight after graduation, they decided that there was only one way to find out if their idea had business potential, so they rolled up their sleeves and laid the foundation of Physee.

In the first year and a half, it was just the two of them trying to develop a proof of concept and figure out their next steps. As physicists, though, they didn’t know much about business, Willem admits. They didn’t know how to find their product-market fit, how to pitch, raise funds or build a great team.

“This is where YES!Delft came in,” he says.

“We first joined the LaunchLab [now Validation Lab] and later continued onto the next program. YES!Delft taught us to get out of the building and find out what’s out there; who are our customers and what can we do for them. Because for us, of course, it was obvious – who wouldn’t want electricity-generating windows?” Willem laughs.

Today, Physee is a team of 45 people, all united around the mission of using smart technologies to make buildings more sustainable and energy-efficient.

The SmartSkin technology that they have developed solves challenges on a number of levels for a number of market segments. “In my opinion, facades are still being built in a very low-tech and inefficient manner,” Willem says. “What we do is leverage technology to use light more effectively.”

SmartSkin was developed to tackle various challenges at the same time. On the one hand, there is the software, which essentially makes it possible to create smart windows. It combines sensor data, weather conditions and user settings to reduce buildings’ energy consumption up to 20%.

On the other, there is the hardware component. The company has patented a technology that integrates solar cells into the glass of normal windows and harnesses electricity from the sun. That way, the light – and therefore energy – that would normally be reflected off the facade is now absorbed and put to use.

The third and perhaps most complex element to Physee’s work is the development of glass coatings. “We are working on two types of coatings – one for real estate and one for greenhouses – and we are doing so with some of the biggest glass manufacturers in the world,” Willem says. Finalizing those coatings is on their list of goals for 2020.

As a company aiming to revolutionize how buildings are designed and built, Physee works together with a variety of stakeholders to spread its products and services as widely as possible. And it seems there is a market for each of them: Two of four main global glass manufacturers are mainly interested in the coating developments, while the other two have larger interest in the smart hard- and software components. The real estate industry, in turn, is mostly interested in the software and the ability to create intelligent building facades.

From this point onward, Physee is looking towards expanding its team even further – because “our team is our biggest asset,” as Willem puts it, closing a Series A round of funding and starting its first international projects in Spain, Germany and the UK.

There are big goals on the horizon for Physee but they are goals that the team can surely take on.

2015 – First round of funding secured

2018 – Second round of funding secured