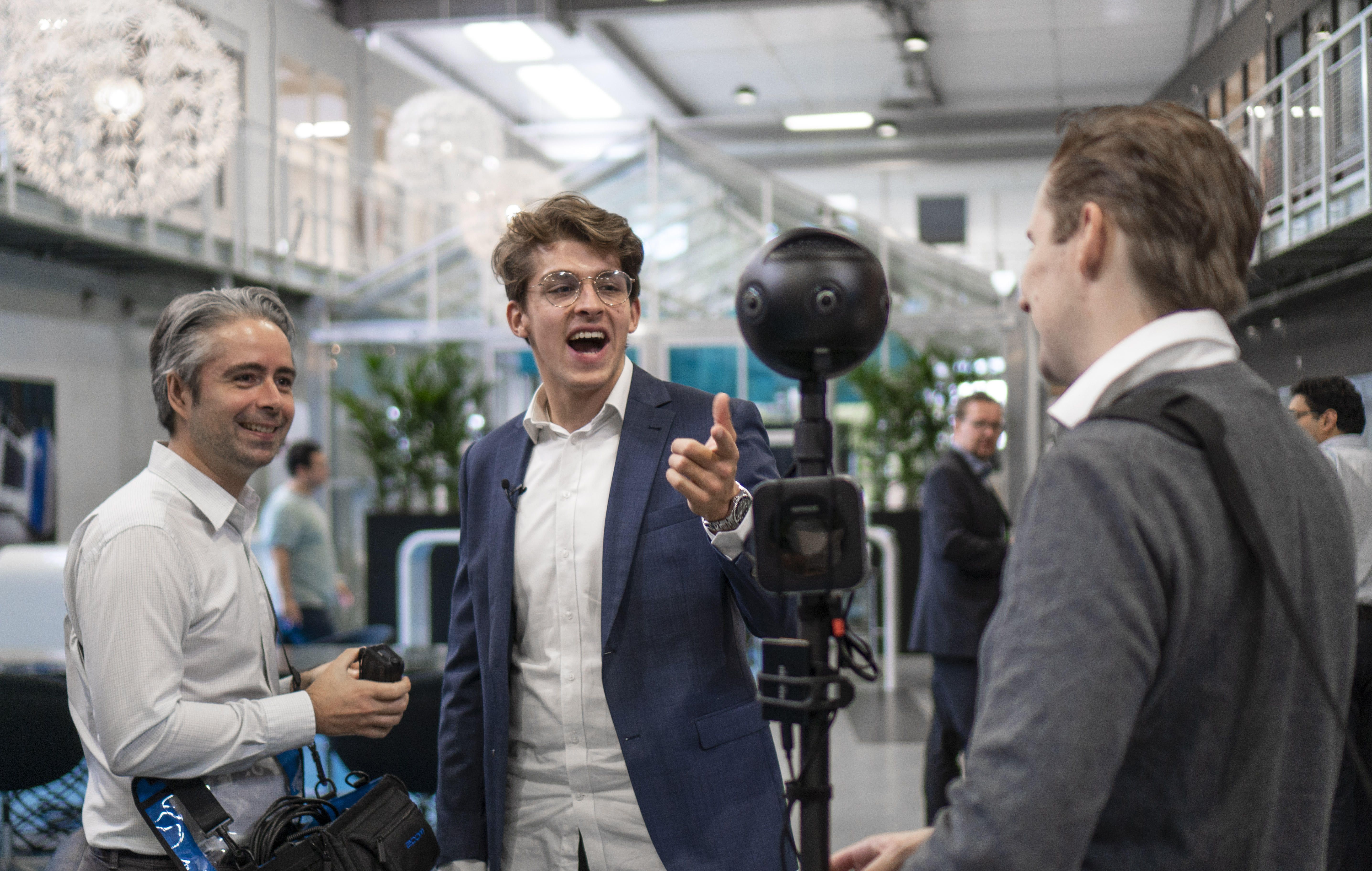 Warp VR: Learning by experience, with the help of virtual reality

Written by Andreea on October 23, 2019. Posted in Deep Technologies, News.

For large organizations, carrying out safety and procedural trainings for their staff can often be time-consuming and costly. Just think of a fire drill: You need to plan for it, book a designated time slot and make sure that everyone has evacuated the premises according to the established evacuation plan. This is certainly a crucial training, but one that takes a lot of resources, too.

Now, what if there was another way? Thijs de Vries and fellow co-founders, Adriaan Rijkens , Danny de Bruijn and Guido Helmerhorst, started Warp VR to help organizations create immersive training scenarios using Virtual Reality (VR). And with clients such as KLM, Tata Steel, ErsteBank and others, they seem to be on the right track.

For Thijs, laying the foundation of Warp was a logical step in his professional career. While studying Industrial Design at the TU Delft, he became interested in the psychology of product design. “There’s a lot of psychology going into video games, for example,” he says. “People get hooked, playing for hours, and I was interested in why that happens.”

Gradually, he went on to advising companies on how to use gaming techniques to influence behavior – anything from increasing employee motivation to improving customer experience. After all, influencing behavior for the better has been, and still is, one of his main professional drivers.

When Thijs, Adriaan, Danny and Guido met in early 2016, they immediately clicked and decided to join forces in the mission to advance learning by using VR. As the core team behind Warp, they create training scenarios for their customers, and by building those with the help of gaming techniques, achieve engaging and immersive experiences.

Almost immediately after their launch, they signed Dutch airline KLM as their first customer, and that was exactly what they needed to kick-start their business.

For team Warp, gaming techniques is what makes experiences both realistic and memorable. “The way games work is by assuming people don’t know anything about the topic,” Thijs says. “They throw them into the deep but create a safe environment for them to learn and make mistakes. That’s how you learn best – by doing and by experiencing.”

Because the training scenarios are so immersive – think a VR-powered fire drill that doesn’t save you the loud blaring of the fire alarm – users are likely to remember the do’s and don’ts of a safety procedure rather quickly. After all, with VR, you are in the situation both physically and emotionally, and that is bound to leave long-lasting memories.

For the team, getting to where they are now hasn’t been without the help of YES!Delft and their team of experts. Warp joined the Incubation Program in February 2017 with the aim to grow their company and make their technology available on a larger scale.

“YES!Delft has been a great source of a lot of new knowledge in a very short amount of time,” Thijs says. “The program itself has also given us credibility in the eyes of potential customers.”

Creating immersive training scenarios is what got the team of four started. Today, they operate a web-based platform where customers can drag and drop their own scenarios and with the help of 360˚ video, completely create their own training programs. What’s more, the platform provides the analytics behind the trainings, enabling companies to gain insights into how their employees – and their organization as a whole – are performing.

Warp has also partnered up with creative companies who can assist customers in creating highly-effective scenarios. “We call these partners Warp Experts and they can help customers with writing scenarios, but also with the media production,” Thijs says.

Since their early days, the team has not stopped doing customer development. Today, they have several more clients in their portfolio, including CSU, Patyna, the Ministry of Security and Justice and the Dutch Fire Department. For the last of them, they have developed an app training people on what to do if their house is on fire – the app is available here (for iOS) and here (for Android).

“The use of Virtual Reality for training has gained a lot of traction over the last years. In these years, we have learned a lot from working with some of the biggest customers. We have been able to improve our product and we keep on improving going forward. Virtual Reality training is here to stay and we are confident to play a major part in it,” Thijs says.

February 2019 – Winner Get in the Ring Award