Mangostone: from a master thesis project to paying customers

Written by Ioana Bruma on September 5, 2022. Posted in All Focus Areas, News.

The fashion industry, the 4th most polluting industry in the world, is known for the constant provision of new trends at extremely low prices. This led to a significant rise in the amount of clothing created and discarded in landfills.

Mert Ozturk, writing his master thesis in Supply Chain Management at Erasmus University in Rotterdam, started working with Climpex, a textile collection company, to help them optimize their processes. The thesis project, which started in 2019, led to the founding Mangostone in February 2020, with Climpex being the first paying customer.

How did that happen?

Climpex had multiple containers on the streets where people could discard their unwanted garments. The challenge they faced was that they did not know what and how much there was in the containers, making it hard to decide which roads to take.

“Textile is quite difficult to predict compared to general waste streams. We saw there was a lot of room for optimization. For example, there were times where the containers would be only 10-12% full, and they would need to drive 100 km for that.”- Bas Hoogakker

As a solution, Mangostone thought of a “centre that was better in terms of technology, but also cheaper”. That’s when they knew they had to create a whole cloud software package that works on centre data or predictions (using advanced preventive algorithms) to better optimize the processes. The target market of Mangostone is defined by the textile collectors (both commercial and charities) that sell the clothes to textile sorters. After the sorting, everything gets in the hands of textile processors. The clothes end up either in the stores that resell the garments, either on the market of 2nd or 3rd world countries or in companies that have better recycling techniques and can create new garments out of the old ones.

When they started working with Climpex, most of the company’s operations were defined by driving through different locations nationally and collecting the garments from people’s houses. The remaining was defined by the containers, which were only a couple of hundreds. Now, that number has been multiplied many times with the help of Mangostone. Their complex logistical operation was now much cheaper and easier to control.

Looking at the competition, Mangostone is not the only IT company that provides this type of product. They have a few big competitors, yet they focus mainly on the general city waste collection and not textiles. Their direct competitor in textiles does not use advanced software for waste collection, leaving room for Mangostone to educate them.

In terms of funding, Mangostone “pulled out a smart move” since they had the right set of skills within the team. They developed the software themselves and, the chip shortage gave them a new insight: “80% could be predicted without investing in the hardware”. That being said, they sold the software based on a subscription business model allowing them to cover the expenses and reinvest in the development process without needing external funding.

“We did work for 2 years for free, that’s basically the main investment: our time.”- Bas Hoogakker

The impact of YES!Delft

Initially, Mangostone was not sure they needed help from YES!Delft, or at least they did not know they needed it. However, once they spoke with the start-ups that are now scale-ups, they learnt about their experiences and saw how enthusiastic they were about working with YES!Delft.

“From week 1 or 2 we saw that it was worth the money. We learnt a lot about soft skills- both personal and team development, how to be a bit abstract with the ideas and actually address the elephant in the room. Also, the lunches were great”- Bas Hoogakker

Mangostone also benefited from the network of YES!Delft, their advisors, and working with other start-ups that were eager to win. Since they were one of the only start-ups with paying customers, they shared their knowledge with the others and got valuable information in exchange too.

Mangostone kept in touch with their mentor from YES!Delft, and have been advised to stick to the niche they are in for at least 1-2 years before expanding towards another direction. For now, they selected some target markets for the extension, which are The Netherlands, Germany, the United Kingdom, and potentially Denmark. Their goal is to get more customers and build a name and a well-rounded system for the collection of textiles which can facilitate the sorting processes.

Your dream can become a reality too. As long as you want to make a change, don’t miss the opportunity to boost your start-up by joining the YES!Delft Validation Lab or Accelerator Program. However, if working for a start-up resonates more with your ambition, we got you! Check out the vacancies on our YES!Talents page! 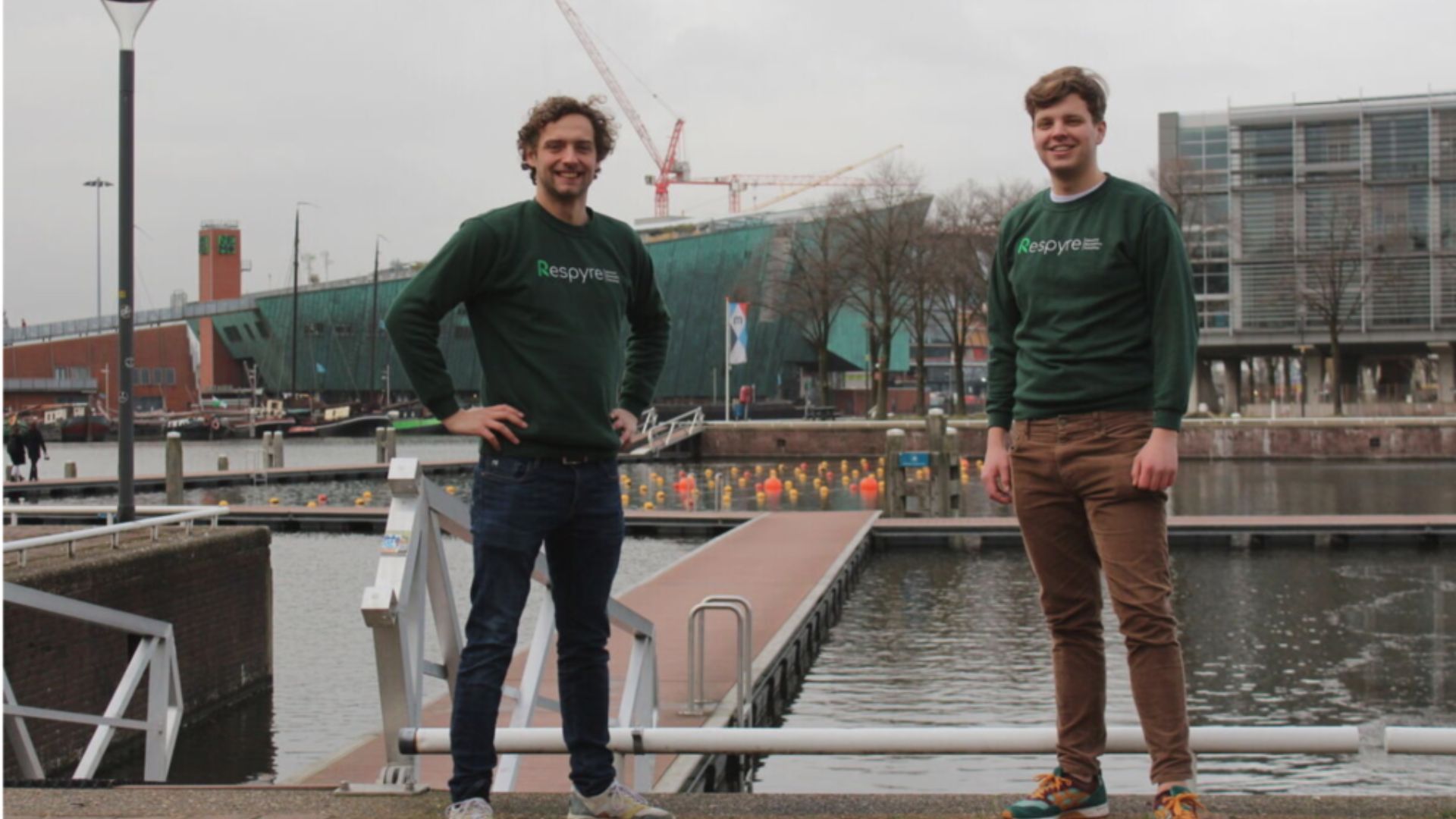 Respyre: from lab to real-life environment

Urbanization and climate change need the development of new solutions to sustain and improve the quality of life in our cities. ‘Green cities’ benefit the biodiversity, climate, wellbeing, and air quality, assuring the improvement of the inhabitants’ lives.

Respyre is an aspiring pioneering company that has joined YES!Delft in spring 2022 with the ambition to contribute to the concept of green cities. Respyre has created an innovative, patent-pending, bio-receptive concrete solution that allows moss to grow after hardening. Their solution can be conveniently applied to existing structures while also being efficiently incorporated into new constructions. This makes their product a quick, simple, low-cost alternative to façade covering that can also benefit the urban environment.

From research to a business idea

Respyre looked at the research conducted by TU Delft on why mosses grow on different surfaces next to the railways with the scope of assessing whether it harms them. The conclusion was that the moss does not eat the concrete, yet if the railway’s operators want to prevent them from growing, they should use concrete that does not contain certain characteristics. That was the moment when Mark de Kruijff turned the idea into a business concept. Auke Bleij, his friend, got very excited about the sounds of it and decided to join the company shortly after that.

Auke explained that “many unused vertical surfaces can easily be turned into air filtering or water retaining surfaces”. He saw the potential of this idea and described this experience as being one of the few when he was “intrinsically motivated to keep on working”. 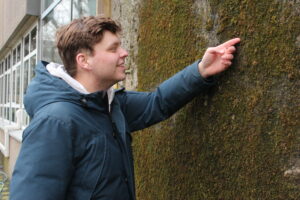 Respyre’s current target market is represented by the infrastructure operators, real estate, and the government (municipalities). Defining the target market helped them launch different paid pilot projects. One of the most exciting pilot projects was with the Municipality of Amsterdam, where they were asked to cover two bridges. Amsterdam has a lot of bridges that are constantly covered in graffiti, and by collaborating with Respyre, they could create “a natural shield”.

“What we try to do is to reach enthusiastic municipalities and empower them as pioneers of the product: meaning that they have the product and use it the way they find fit.”- Auke Bleij 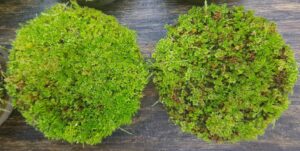 According to Auke, “The Netherlands is a great country for start-ups” since there is a high interest in investing in unique ideas. Within the next couple of months, Respyre aims to gather between € 300-500k. This investment is meant to create “market-ready products”, with the goal of not only having a nice concept but a predefined supply chain and production site, among others. At the moment, they aim to do that by getting affordable loans for social investments and paid pilots with companies who trust the product or want to contribute to the concept’s success.

In a later stage, after 12-18 months, Respyre will then start looking at large rounds of investments (a couple of millions). These investments are expected to happen through private investors, crowdfunding, but also RaboBank, Angels Investors and Innovation Fund of Holland.

In this process, YES!Delft has played an essential factor in the growth of Respyre. The company was offered the general picture of what they have to think about as a business as well as the tools that they need to start building it. Apart from that, they could use their community and network, which has also made it easier to talk to investors.

“You have an Excel sheet for everything, and you can easily get your questions answered”- Auke Bleij

The next steps for the upcoming 6-12 months of Respyre is to pay a lot of attention to the pilot projects and everything besides that such as keeping the company going, getting funding, expanding the team, maintaining the website, and formulating different strategies. “The pilots help validate the business model and the problem-solution fit and, at the same time, it helps us understand our products better.”- Auke Bleij

Your dream can become a reality too. As long as you want to make a change, don’t miss the opportunity to boost your startup by joining the YES!Delft Validation Lab or Accelerator Program. However, if working for a startup resonates more with your ambition, we got you! Check out the vacancies on our YES!Talents page!